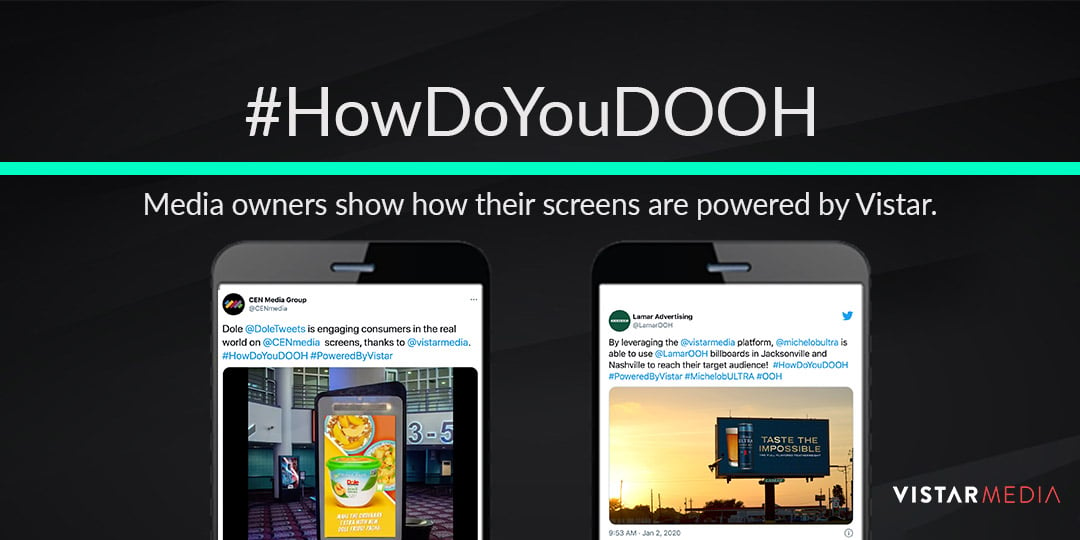 How Do You DOOH? Media Owners Share Screens Powered by Vistar

How do you DOOH? Vistar Media reached out to our media owner partners, asking them to show us how their screens fit into – and stand out from – the overall digital out-of-home landscape.

Using the hashtags #HowDoYouDOOH and #PoweredByVistar, several media owners joined in, posting some of their favorite brand campaigns of the past year. At the end of the contest period, we reviewed every post and randomly selected a winner.

Ultimately, there were so many entries, we couldn’t feature them all! Below, you can check out a few of the most unique activations media owners shared:

1. As a part of their omnichannel Super Bowl campaign, Bud Light activated programmatic DOOH media on Lamar’s roadside billboards through the Vistar platform.

The count down to the Superbowl is on! @BudLight is reminding Kansas City fans by using programmatic technology from @VistarMedia on @LamarOOH billboards! #HowDoYouDOOH #PoweredByVistar #chiefs pic.twitter.com/oW2IDvlwG4

2. Twitch is putting DOOH to work with this eye-catching campaign on Corner Media’s street-level digital signage!

Up up and far far away... @United is using @LamarOOH billboards all across the galaxy of Los Angeles, thanks to programmatic technology from @VistarMedia. #PoweredByVistar #StarWars #OOH pic.twitter.com/MiWsKd9hdu

5. Magnum ice cream spread the word about their sweet treats with Lamar’s screens in key DMAs from coast to coast!

7. ESPN leveraged Vistar’s powerful programmatic technology on Lamar’s screens to announce when and where you could watch upcoming college baseball games.

8. Michelob Ultra let consumers in Jacksonville and Nashville know they could “taste the impossible” through simple messaging on Lamar’s billboards.

We’re very excited to share that Lamar Advertising is the winner of our first #HowDoYouDOOH contest! As their reward, Lamar is taking home a $500 prize. We’d like to thank all the media owners who participated and shared how they do DOOH. 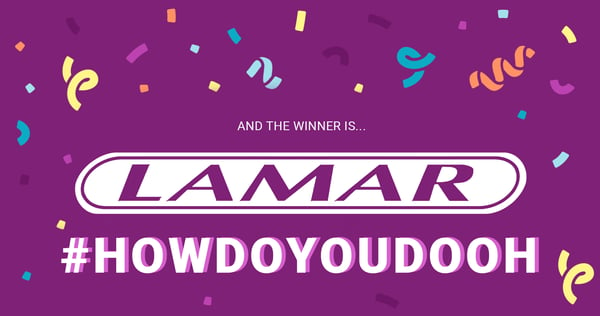 Interested in participating in another round of our #HowDoYouDOOH contest? Just DOOH it!